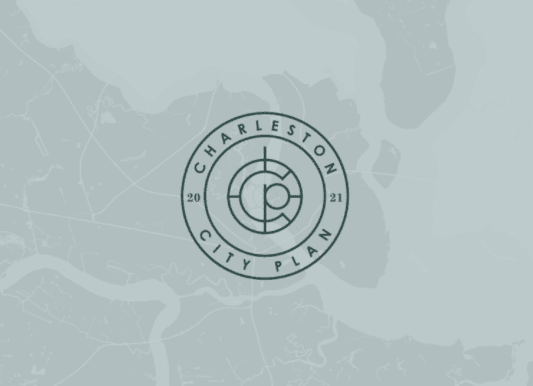 The City of Charleston is embarking on a process to create a new City Plan to help guide our community through the next decade and beyond. 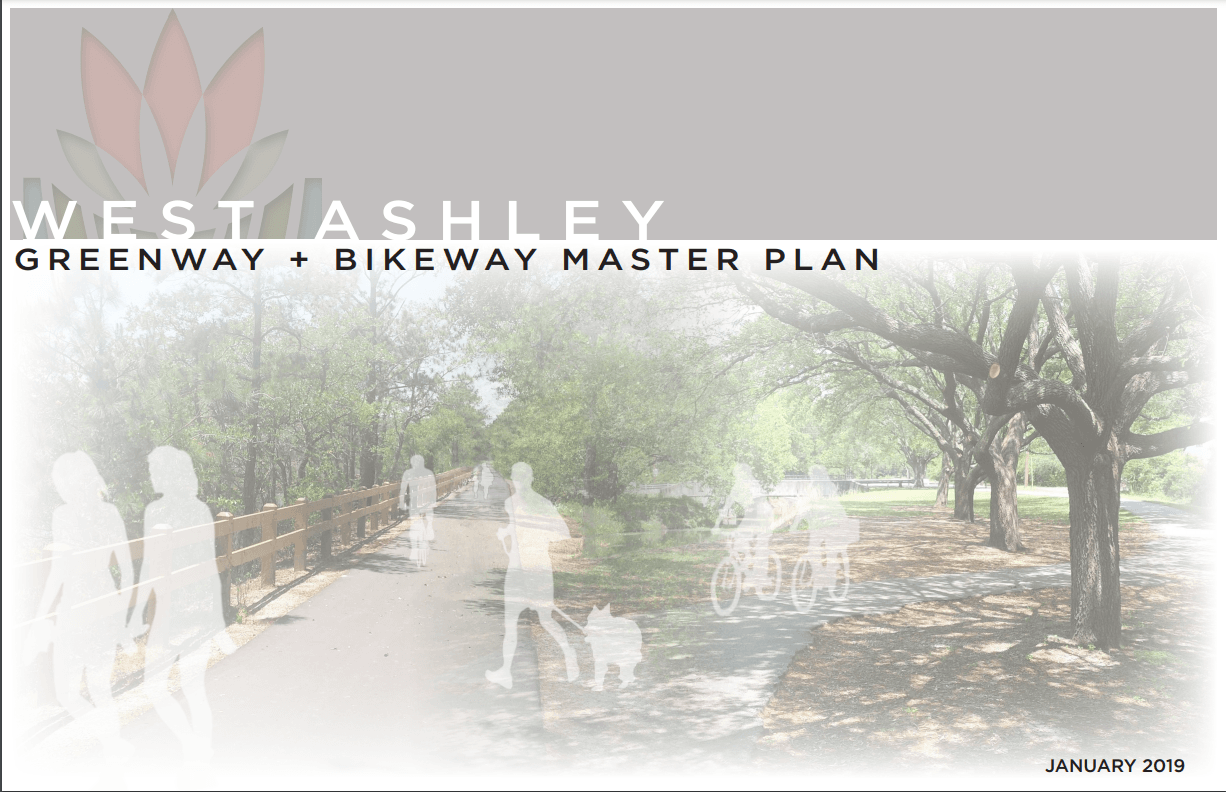 As the Charleston region continues to grow, the West Ashley Bikeway segments have the potential to serve as critical pieces to a comprehensive active transportation network, granting West Ashley residents access to a wide variety of goods and services without needing a vehicle. To accomplish this expansion of roles facility enhancements and missing links in the system need to be addressed, creating a safe and enjoyable experience for people of all ages and abilities using the trail. Enhancements include improved access points and street crossings, new amenity stations (such as restrooms and drinking fountains), and placemaking opportunities that reflect the unique cultural and ecological context of the trail. To that end, the Charleston Parks  Conservancy commissioned this Master Planning effort.

In preparation for the influx of people and businesses, the City of Charleston has developed an update to their Citywide Transportation Plan that will provide solutions as well as a long-range vision for Charleston’s transportation system aimed at improving mobility, mitigating traffic congestion, improving safety for pedestrians and vehicular traffic, and enhancement of transportation corridors. 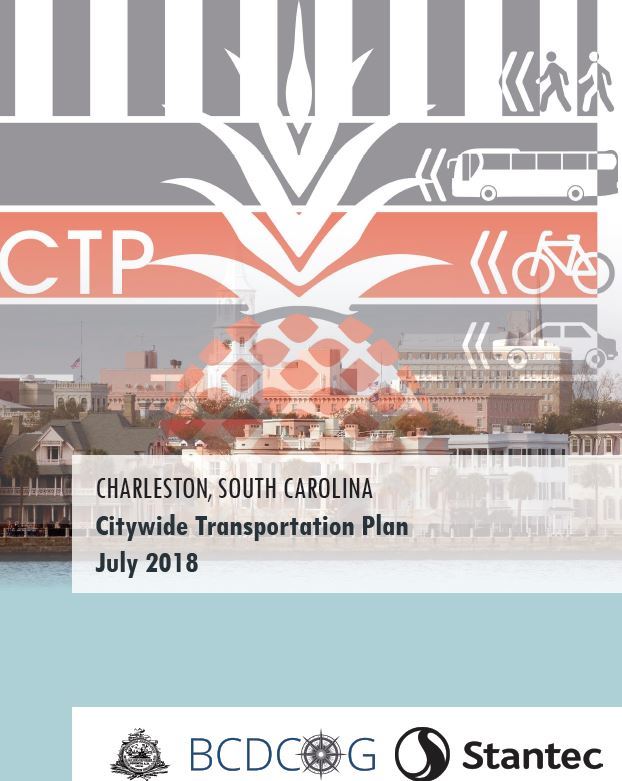 plan will begin to address the multitude of issues affecting the city’s transportation. One purpose of this plan is to review and consolidate select previous plans and efforts related to city mobility. The West Ashley Area combined with James Island has the most transportation corridors, with the highest volumes of traffic and higher needs for redevelopment. The communities in Johns Island are weighing the need for better connectivity verses preserving their historic tree canopy and wanting planning options that achieve both of these goals. Additionally, Daniel Island is facing tremendous new growth as well and already looking to improve connections to rest of the city through its main artery, Clement’s Ferry Road. The Lower Peninsula 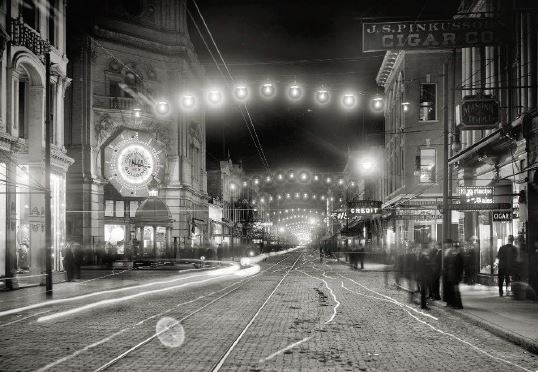 , the historic, urban core of the City, is facing both new residential and commercial growth, and making more effort to serve the multi-modal needs for tourists and residents alike. 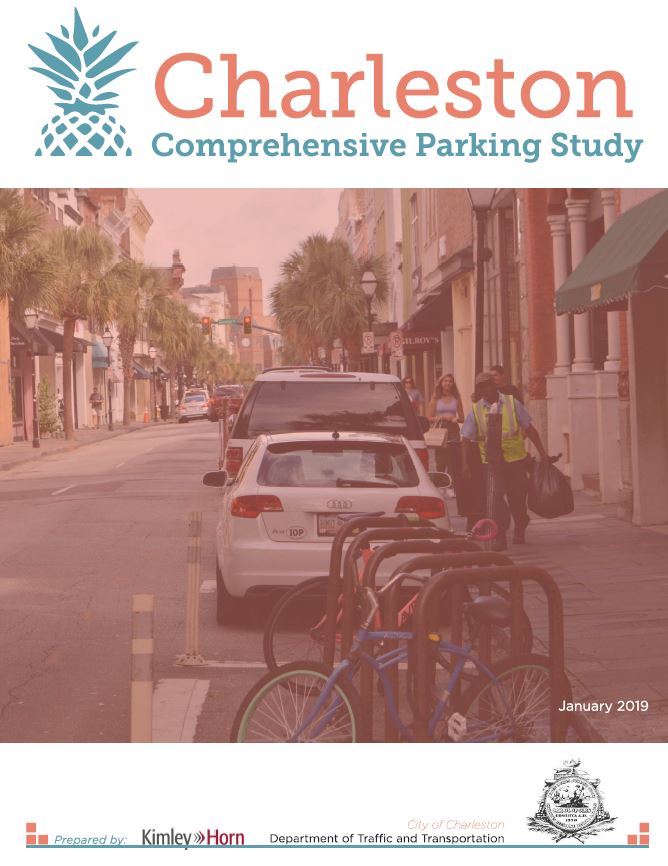 The Charleston Comprehensive Parking Study offers a comprehensive analysis and set of recommendations for the parking system for the City of Charleston. The City will use this document as a guide for future decision-making, resource allocation, and investment choices. This study focuses mainly on the parking and mobility on the Charleston Peninsula. However, the recommendations and analysis are integrated with the rest of the City and surrounding communities.

The City of Charleston peninsula and James Island are separated by the Ashley River. There are only two bridge crossings over the Ashley River connecting the two areas today: the SC 30/James Island Connector bridge and the two US 17/Savannah Highway bridges. Bicycles are currently prohibited on each of these Ashley River crossings. As bicycles continue to grow as a mode choice in the Charleston area, the need to develop safe bicycle routes has become increasingly important. 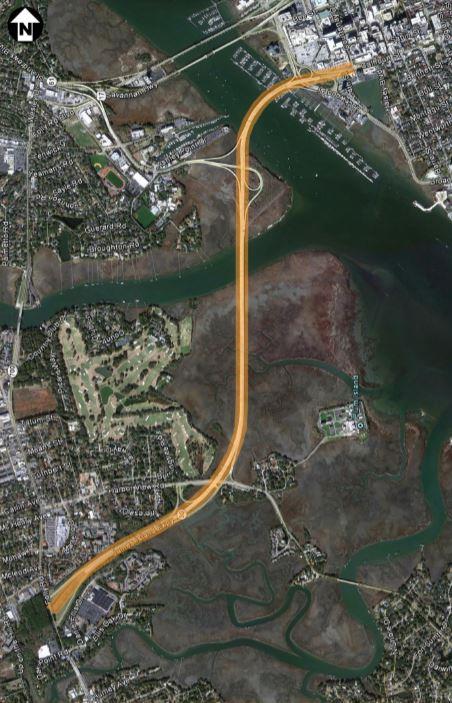 Connector is a four-lane divided limited-access highway that connects the City of Charleston peninsula at Lockwood Drive and Calhoun Street to James Island at SC 171/Folly Road. It should be noted that Charleston County is currently conducting a feasibility study considering a dedicated bicycle lane on the northbound US 17/Savannah Highway T. Allen Legare Bridge. In June 2012, the South Carolina General Assembly amended the prohibition of certain vehicles on freeways to provide an exemption for bicyclists to travel on non-interstate freeways provided, in part, the City “determines that bicyclists…have no other reasonably safe or viable alternative route and the use of the freeway route is at least ten percent less than the shortest conventional alternate route”.

This plan describes a 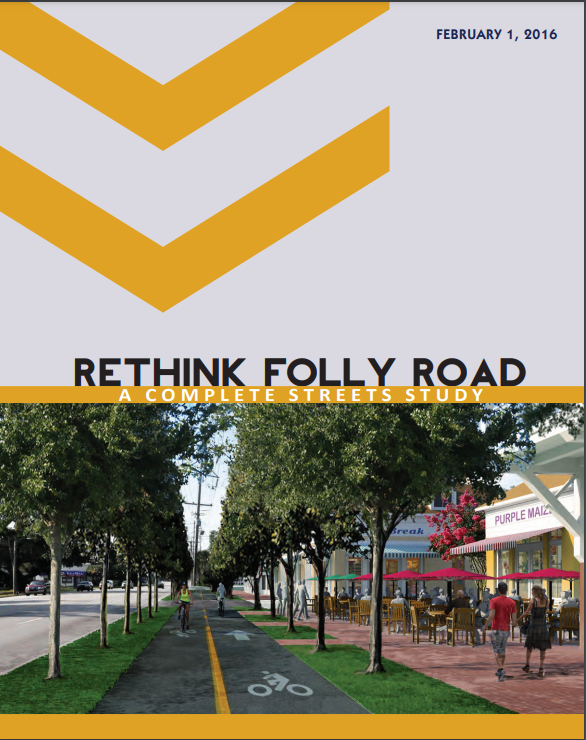 series of recommendations formulated to make the corridor a more desirable environment by addressing pedestrian, bicycle, transit, and vehicular circulation, land use/development standards, public landscaping and open spaces, storm water management, and implementation/funding considerations. the document aims to serve as a model for other key corridors in South Carolina and elsewhere to provide multi-modal mobility options for area residents, businesses, and visitors.

The Ashley River Crossing project is a bicycle and pedestrian bridge that will connect West Ashley and Downtown Charleston. The bridge will provide a safe connection between the West Ashley Greenway, Brittlebank Park and the Ashley River Walk.

The project also includes the addition of a crosswalk at Wapoo Road and the West Ashley Greenway, and at the US 17 Ramps/Lockwood Drive/Bee Street intersections.