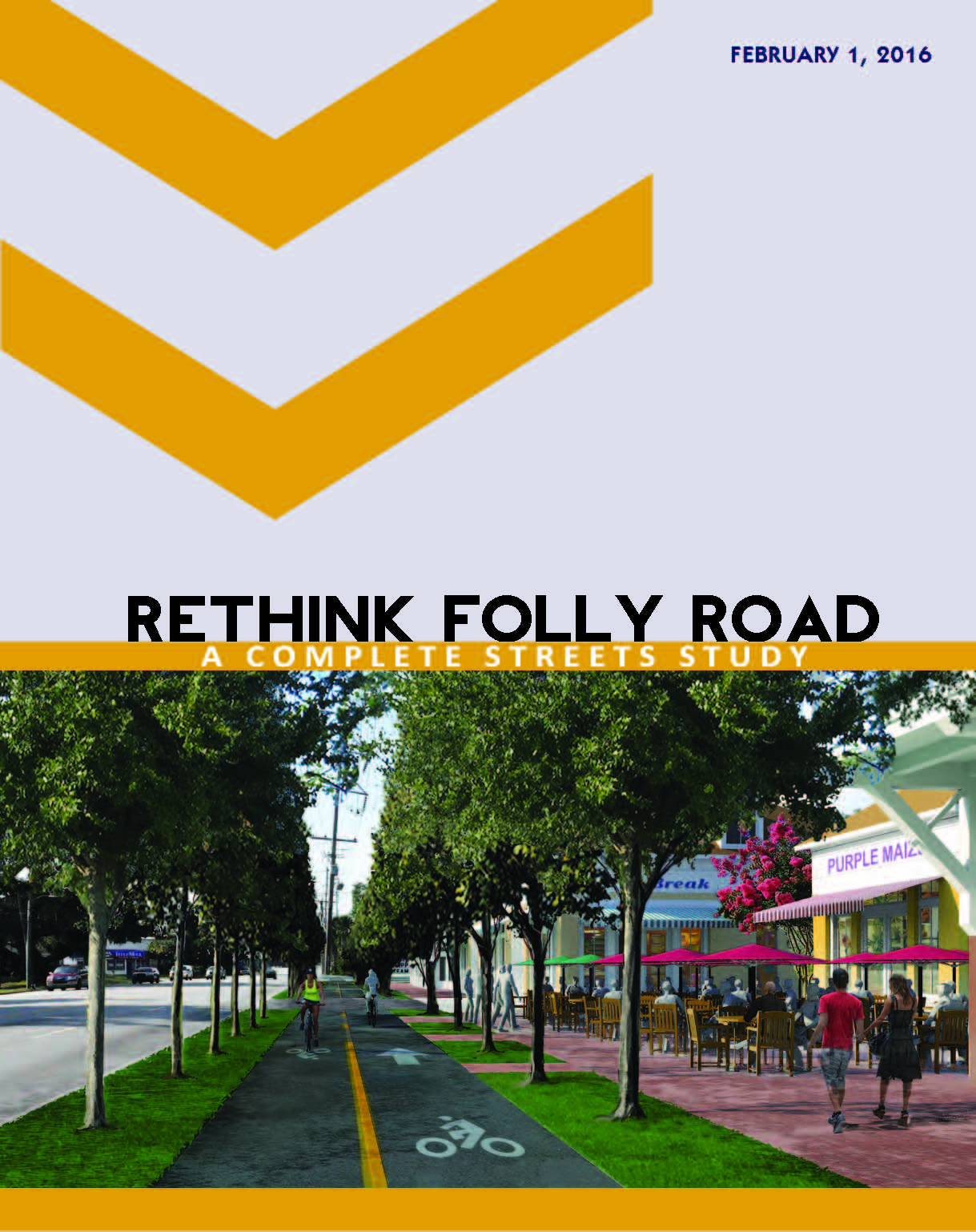 Folly road is a major thoroughfare leading onto James Island (adjacent to the historic peninsula of Charleston), connecting it with the West Ashley area of Charleston to the north and with the City of Folly beach to the south. In 2010, almost 19,000 residents lived on or within a half mile of the 7.87-mile segment of the road between Center Street on Folly beach and the Wappoo Cut bridge. average daily traffic (ADT) volumes range from 44,000 across the Wappoo Cut bridge and approximately 9,300 ADT across the causeway to Folly beach. In cases of emergency, Folly road also serves as the area’s primary evacuation route.

As expressed by hundreds of residents and area stakeholders as part of a charrette held in May 2015, Folly road can better realize its role as James Island’s “center,”  and as the hub of commercial activity. Critical concerns to be addressed include:

This Plan serves as a framework for the accomplishment of these concerns. It describes a series of recommendations formulated to make the corridor a more desirable environment by addressing pedestrian, bicycle, transit, and vehicular circulation, land use/development standards, public landscaping and open spaces, storm water management, and implementation/funding considerations. the document aims to serve as a model for other key corridors in South Carolina and elsewhere to provide multi-modal mobility options for area residents, businesses, and visitors.