In 2019 Neighborhood Services began highlighting the accomplishments that committed neighborhood association presidents and their fellow association members have achieved across Charleston. We are interested in a holistic view of  neighborhoods and association efforts over time. We include things like neighborhood advocacy for safety, beautification, traffic, development, fundraising/social gatherings, neighbors helping neighbors, etc. 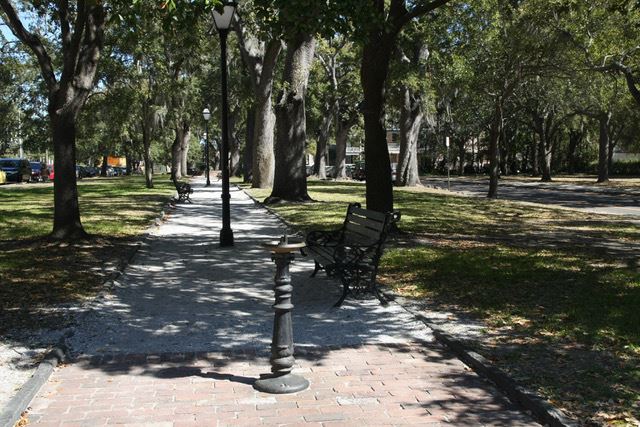 Welcome to the Garden District!  We are situated in the heart of the historic downtown peninsula. Our boundaries include Calhoun, Mary, East Bay and King Streets. Our neighborhood is a combination of two historic developments of the early 19th century--Wraggborough and Mazyckborough. Early on, the Wragg family dedicated Wragg Mall and Wragg Square to the public in a rare progressive move, and provided unique green space for city living.

Although we are surrounded by commercial corridors we thrive as a viable residential neighborhood and are distinctive with our wide tree-lined streets. Our neighborhood is rich in its history having two museum homes - the Joseph Manigault house and the Aiken-Rhett home. We are considered the "neighborhood of parks" including Marion Square, the home of the Farmer's Market. Perhaps our most famous park known by the locals is the Chapel Street Fountain Park. Its history is tied to the efforts of Vangie Rainsford, neighborhood president who in 2001 procured the fountain from the city of Charleston's Parks Department. With the help of Mayor Riley, we launched our identity as a neighborhood called the Garden District.

To learn more about the Garden District, click here.